Blessings on all their souls.


Right this way to my haunted space.

Nelsan Eillis, most known for playing Lafayette Reynolds on 'True Blood', died at 39 from complications of heart failure.  http://variety.com/2...ood-1202490405/

George Romero, known first for 'Night of the Living Dead' has passed away at age 77.  He passed away in his sleep after a battle with lung cancer.

Authorities had responded to Bennington's home in the 2800 block of Via Victoria in Rancho Palos Verdes in the morning where the singer was found hanged.

A source told Eyewitness News they were investigating Bennington's death as a suicide.

Don't take life too seriously, no one ever gets out alive.

He was best known as the on-screen father who left his son to fend for himself just a few days before Christmas in the iconic childhood favorite “Home Alone.”

But in real life, veteran TV and film actor John Heard, who was found dead in a Palo Alto hotel Friday, was remembered as a true artist — a man with immeasurable talent.

Tom Petty, Rock Icon Who Led the Heartbreakers, Dead at 66

On behalf of the Tom Petty family, we are devastated to announce the untimely death of of our father, husband, brother, leader and friend Tom Petty," Dimitriades wrote. "He suffered cardiac arrest at his home in Malibu in the early hours of this morning and was taken to UCLA Medical Center but could not be revived. He died peacefully at 8:40 p.m. PT surrounded by family, his bandmates and friends. 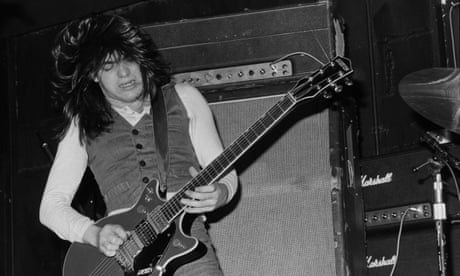 Young devised many of the band’s best-known guitar riffs, marking out tracks such as Back in Black, Highway to Hell and You Shook Me All Night Long and establishing them as one of the biggest rock acts of all time.

Three years ago the band announced that Young needed to step down to receive treatment for dementia. Shortly afterwards he retired permanently, to be replaced by one of his nephews, Stevie, for the band’s most recent tour.

Don't take life too seriously, no one ever gets out alive.

RIP, we will miss you Malcolm.

George Romero, known first for 'Night of the Living Dead' has passed away at age 77.  He passed away in his sleep after a battle with lung cancer.

I just met him a month or so before he passed. Im happy I had the chance to meet him but its a shame he's gone.

"There are some things money can't buy...A good imagination is one of them
Back to Real Life Occurrences


3 user(s) are reading this topic