The Family Returns from Virginia 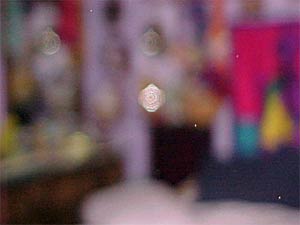 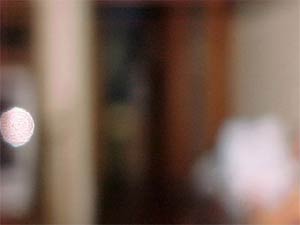 I was visiting my father in Salem Virginia on April 13,2006. My mother passed last year and I lost my sister this year -- she died from breast cancer. We were very close to one another.

I wrote a story on my mother on Ghostvillage.com called Mother's Goodbye Kiss.

You can read that story to understand about my sister's son, Jason, who now is living the UK.

Jason came back for the funeral and he and I were by her side when she passed. When I was holding onto her left hand by her bedside I told her everything will be alright, it's ok to go. I told her that mom and her brother Bobby and our grandparents were waiting for her. I asked if she could see them, she nodded her head yes.

At that same time my father walked in with my sister's best friend. They sat down by the bed and my father was speaking to her for about a minute or two then the doctor came walking into the room to check her. He told us that she passed three minutes ago.

I was emotionally upset because this was the first time I was by a loved one that passed away.

To go on with my story, I was sitting there in the living room with my father. I stayed for eight days. On that Friday night there was a very bad electrical storm. It was so bad that the lightning was popping around the outside of the house.

I swore that I saw lightning went through my mom's bedroom, which is where my sister stayed at before she went into the hospital. I screamed, "What the heck was that?" I told my father what I saw and I ran back to the bedroom and grabbed my camera which was a old Sony that uses floppy disks.

So I grabbed my camera and turn around and snap a picture. Then I walked back to the living room and just past the TV. I turned around and snapped another picture.

I really didn't know what I caught on the camera until I got back to Florida. I was very surprised at what I caught.

Here on the first picture is in the bedroom of my Mom and sister. The picture background is a blur, but you can see clearly three orbs.

Now the picture that I took just after passing the TV set is a blur too, but on the
left side of the picture is a large orb, and on the right side it looks to me that it's some kind of ectoplasm.

Look close and you might see the color along the edges of the outline of the so called ecto.

Is it my family greeting me to say hello?