The Ghosts of Fort Pulaski 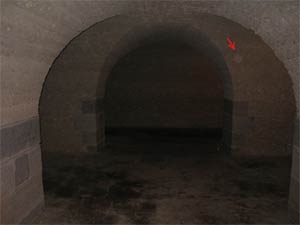 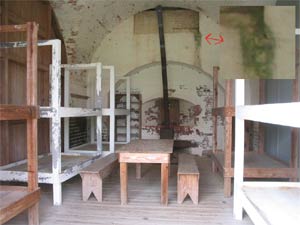 I recently took a visit to Fort Pulaski, located just east of Savannah with a friend of mine. This is actually the third time I've visited, so the actual place is nothing new to me. Though, after some rather extensive research on the area's history, I decided to bring my digital camera and hoped to catch an anomaly or two. First, we entered one of the mounds that inhabit the area directly outside the main gate. These mounds are lined with concrete tunnels which were said to first be used as ammunitions storage and other supplies. They were also rumored to be used sometimes as holding cells for prisoners and/or slaves. Just entering the rooms sent chills up my spine. Immediately, I stood back and snapped a shot. I was excited to see the orb on my display screen after taking the first picture. We continued to navigate through the mound tunnels and worked our way into the actual fort. After getting home and loading the pictures up on my computer, I was surprised to find the first orb appeared to have a face, along with more orbs in some of the other areas, and perhaps even something more eerie -- what appears to be a face on the wall of a guard's room (on the other hand could just be my imagination taking over). Whatever the case, I definitely felt something, or someone else in this place. And that goes for every visit so far... now only if they allowed people in at night time.